Hello, friends of Cinematic Rabbit Hole. It’s been a while.

It’s been six weeks since my last entry. 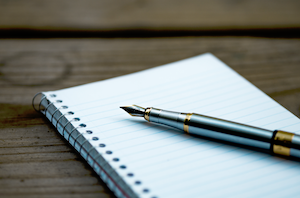 Several days after posting the last entry, I was called by my work to travel more than halfway across the country to the state of Washington to assist in a new facility. I had taken my laptop with me, intending to keep writing and publishing new entries during off hours, only to discover that the work schedule expected of me was not going to give me enough time to do much more than sleep. The few attempts that I did make to write were quickly abandoned. Not only by my own brain being so cloudy with long shifts and late hours that the words wouldn’t come adequately, but by an admitted disinterest in the material that I was attempting to write about.

I had taken a DVD copy of the next movie in the labyrinth with me on my travels. It took me three separate sittings to finish watching it, pure exhaustion interrupting my viewing every day. When I finally finished the film, I realized an odd thing: I didn’t care for this movie anymore as I once did. My indifference to the subject matter made it difficult to write about, made it hard to have anything worthwhile to say about the movie. Lots of deleting. Lots of promising myself to come back to this later. Lots of deciding that arguing with an entry that didn’t want to be written was a less valuable use of time than getting a few more hours of much-needed sleep.

If my blog were set up in a different manner, I could have opted to pick another film. I didn’t set things up in that manner, though. When I began this blog, I mapped out a clear trajectory of the first 52 entries, a whole year’s worth of content were I able to post weekly. Any change in the upcoming entries was going to lead to more changes down the line and, more than likely, a complete revamp of the rest of the labyrinth. This defeated the purpose of mapping everything out in the first place. To wit: a conceit that I had created for the blog to keep me focused and moving forward was actually now beginning to stifle me and hold me back.

Because it’s not like I have a shortage of films that I could write about, you know? I have movies that I really love and am inspired by that never even make an appearance in that initial list of 52 films. In fact, while staying in my hotel room I watched two different films that inspired me to make copious notes. One weekend, I went online to the Barnes and Noble website and used some of the money I had been earning with ample overtime to order a handful of films from the 50% off Criterion sale, all movies (including Night of the Hunter and Enter the Dragon) that are films that I have watched over and over and over again throughout the years (but still did not appear in my aforementioned map). I even began participating with a friend in a Facebook challenge to post 50 images of beloved films over 50 days. My point is that I had a plethora of films that I could have been writing about. But my own rules that I had created for content on the site prevented me from doing so.

I don’t think that I want to allow myself to do that anymore. 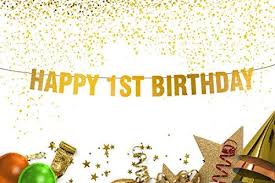 Two weeks into the six-week hiatus, Cinematic Rabbit Hole should have celebrated its first birthday. On July 1, 2019, I finally went public with content that I had been laboring on for months. That first entry was about my favorite film of all time. Since then, I have managed 28 entries that connect to the one before. I have written about horror films. I have written about comedies. I have written about classics. I have defended movies that are maybe not so good. I have found catharsis in sharing stories from my past. That final item there is key: I find myself needing to write this blog far more than anyone out there needs to read it. To sit for six weeks with one stubborn entry is unacceptable and has, to my mind, killed my momentum.

I have asked myself a handful of times over the past few weeks as I mulled over how best to proceed: Do I have readers coming back to my blog every week because they are interested in the labyrinth conceit? Or, do I have readers coming back every week because they are interested in my words? I would like to think that the answer is the latter. It is my sincere hope that this decision to abandon the labyrinth conceit– at least, for now– will aid in more dynamic content. It will certainly help me keep up to date with more frequent content. Because, ultimately, the real reason I do this blog is to keep myself writing.

Please stay tuned, friends. I hope to have a new entry in the Clint Eastwood series by the end of the weekend and have already begun work on a new entry for next week. One of the movies I watched in my hotel room reminded me of someone whose story I would like to share.